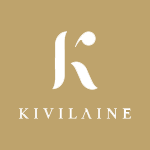 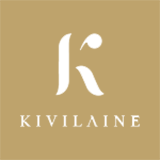 Barcelona, June 4, 2018 – The Style Masters International Awards 2018 were held today in Barcelona, gathering more than 4,000 attendees from more than 72 countries in a spectacular gala that has become an unmissable event in the international hairdressing calendar. The annual contest organized by Revlon Professional® rewards the talent of the best international hair artists during The Style Masters Show, created and hosted by Miquel García, Global Executive VP Artistic & Education at Revlon Professional®.

This year, coinciding with the celebration of its 10th anniversary, professional hair stylists and models shared the largest ever stage at The Style Masters Show ‒ more than 600m² ‒ in a live performance that stunned and delighted the audience with more than 800m² of multimedia displays showcasing cutting-edge technology that allows images to be projected onto transparent fabric screens.

The 10th anniversary of The Style Masters Show was a resounding success. Once again, the international hairdressing community has grounds for celebration:

Miquel García, master of ceremonies and Global Executive VP Artistic & Education at Revlon Professional®, opened the show with the LIVE BOLDLY segment, the breathtaking new campaign by this multinational powerhouse that inspires stylists and women throughout the world to reveal their unique talent and personality. This was followed with a guest appearance by Julia Beckers, of the Blondes Gift salon in Germany, who was crowned Global Winner of The Style Masters Awards 2017, alongside a live demonstration by this year’s nine finalists, who held the audience spellbound as they each reproduced one of the three looks created for the contest. While the finalists performed on stage, Miquel García named and welcomed each country represented at the event to cheers and applause from the attendees.

American Crew had the opportunity to present its new partnership with Harley Davidson on a stage with a record-beating setup that was more magnificent than ever.

Spain’s Revlon Professional® ambassadors performed a masterful EKSPERIENCE™ segment, immersing the audience into the stunning beauty and power of the sea which is harnessed in this range of professional hair beauty treatments.

Revlon Professional® presented the segment, FUTURE EDUCATION and the première of GLAMSQUAD, the new Fall-Winter 2019 Collection, caused a sensation among the audience.

Creative Nail Design® did the nails for all the looks at the Show, and the models wore the latest makeup trends as interpreted by Miquel García and executed by Revlon®.

Debbie Perelman, President and CEO of Revlon®, welcomed the most creative hair professionals in the world with a speech that highlighted Revlon Professional®’s commitment to the hairdressing industry.

The awards ceremony was held just before 9:00 pm. The Global Winner of the American Crew All Star Challenge Competition was the first to be announced: Vitaly Pimenov from Russia was chosen from among fifteen international finalists in the annual global competition that recognizes the best men’s hair stylists in the world. The award was handed over by David Raccuglia, Founder of American Crew.

The novelty at the Style Masters International Awards 2018 was The Most Beautiful Color Award, a new category devised to assess the color technique applied and the color result achieved, in addition to the overall harmony and elegance created with the other elements of the look. The winner of the Best Stage Performance Award was voted by the 21 Country Winners who did not reach the final. This year’s winners are:

Natalya Zheglova, Rayskaya Ptitza, from Russia, received The Most Beautiful Color Award, handed over by Roberto Pissimiglia, President of Estetica and Robert Masciave, member of the original Style Masters team.

Finally, Silvia Galfo, President of Revlon Brands, handed over the coveted Global Winner 2018 prize to Maria Montes Campal, Manuel Mon Estilistas, from Spain, to a standing ovation from the audience.

The intensity and emotion of this spectacular anniversary gala was brought to a close with a cocktail party and reception.

The epic 2018 edition of The Style Masters Show in Barcelona will go down in history.